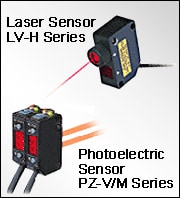 A Plastic manufacturer has many assembly stations that utilize automation for final assembly.  The stations still require employees to place components, such as spacers and padding onto the assembly before several steps of automation.  The assemblies that this company makes are part of a final product made by their customer, which is then sold to consumers.

All of the components are critical to the final assembly and are essential to providing a quality finished good that will last. The operators are required to make sure that all the components are in place before sending the assembly into the automated process. They are adding up to 5 components and start a new assembly every 30 seconds.

The operators switch between jobs to keep fresh, however some components are not always placed onto the assemblies.  This can create several scenarios.  The first is that the assembly damages parts within the automation equipment.  The second is that the assembly becomes damaged and everything is scrapped.  The third and worst case scenario is that the assembly makes its way to their customer without being noticed.  These parts will fail much quicker and cause more problems when the final product is the hands of consumers.

They need a way of confirming the presence of these parts without relying on operators.  Also, these components have to be detected from a distance.  There needs to be room for the operators to move freely within the workstation.  The components are made of several types of material and have varying color and reflectivity.

Two KEYENCE sensors were used to confirm the components. The PZ-V/M worked well to detect the padding which could be either beige or black, and is several inches thick. The PZ-V/M is a low cost solution that will ignore the changes in color and provide stable detection even at a distance up to 300mm. The LV-H series was used for the rest of the components. Its ability to detect over long distances and maintain a small beam spot worked well in detecting spacers or washers that were put in tight spaces.

Minimal work was done to add these sensors to the workstations. Due to the long detecting distance of all the products, brackets were made to keep the sensors from interfering with the operators’ movements.

By partnering with KEYENCE, the company was able to increase its production by eliminating operator time for visual inspection of components. They were able to reduce their material loss, because components were immediately found to be missing before the automation process damaged the whole assembly. Most importantly, their customer gained confidence in them for eliminating long term product failure, and providing a dependable, high quality product.