Detection based on “Camera Images”
What Are Vision Sensors?

Vision sensors use images captured by a camera to determine presence, orientation, and accuracy of parts. These sensors differ from image inspection “systems” in that the camera, light, and controller are contained in a single unit, which makes the unit’s construction and operation simple. There are differences between these sensors and other general-purpose sensors. For example, multi-point inspections can be done with a single sensor. In addition, thanks to the wide field of view, detection is possible even when the target position is not consistent. The light receiving element is a colour type. Unlike the monochrome type, which identifies an intensity range between the extremes of white and black, the received light information is separated into three colours (RGB). Then, the intensity range of each of these colours is identified, which makes it possible to distinguish between targets even when their colours have minimal intensity differences. 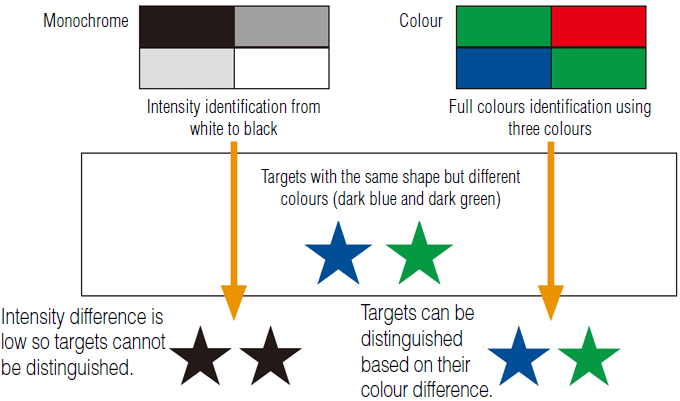 See the details of actual products from here.

We solve the annoyance about the sensor!