Anti-static agents can be sprayed onto the surface of insulators to create a conductive film that prevents the insulator from becoming electrically charged.
While this is an easy solution, the film does not last very long, requiring frequent spraying.
An alternative method is to mix conductive elements,
such as carbon or metal particles, directly in the raw material for the insulator. 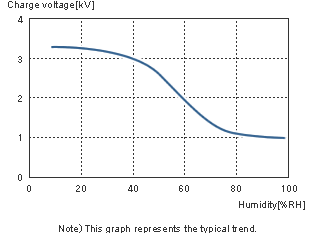 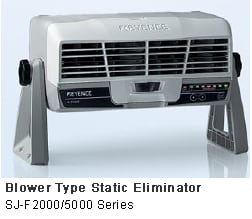 While conductivity and humidity control can be effective for removing a static charge from insulators, the effect is not permanent and may be costly. Also, these methods may not be possible for some materials. An effective solution to these shortcomings is the use of a static eliminator.
Static eliminators can eliminate static electricity by neutralizing targets with positive and negative ions.
Unlike conductivity measures, static eliminators are easily installed into existing areas and offer long-term effectiveness at a low cost.
It also has a smaller footprint than humidity control equipment, making it much more efficient and economical to implement.

Back [Static Electricity Solutions for Conductors] 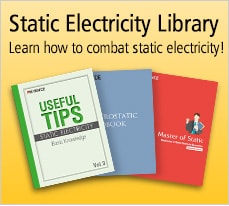